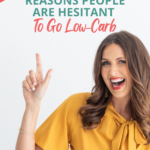 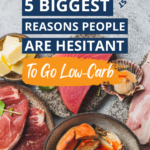 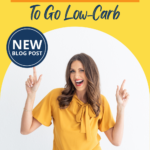 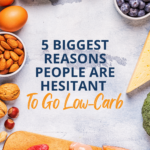 Are you hesitant to go low-carb? You’re not alone!

Many people are hesitant to make the switch because they think it will be too hard or that they won’t be able to stick with it.

The good news is that many of these reasons aren’t even true, and the others are so easy to overcome that you’ll laugh at ever making that excuse to begin with.

Let’s look at the five biggest reasons people are hesitant to go low-carb, and we’ll provide some tips for overcoming these objections.

A lot of people are afraid to do a low-carb diet because they don’t want to go through withdrawals from the carbs.

This is a valid fear, especially if someone has already tried dieting before, only to cave and indulge in their favorite carb-loaded food.

This reason has science on its side. One study showed that fast-digesting carbs (like bread or donuts) stimulate the same region in the brain as cravings and addiction.

Even if carbs aren’t as addicting as illegal drugs, they do create a dependent reaction.

When you eat a high-carb food, your blood sugar increases, producing insulin. When your blood sugar plummets lower afterward, you feel lethargic, tired, and hungry. This makes you want more carbs. It’s a vicious cycle that intimidates many people.

There is no denying science. Carbs are addicting. They create a cycle of hunger – energy – sluggishness – back to hunger.

The good news is that breaking this cycle and dependency on carbs-for-energy is not just possible, but easier than you might think!

In just 28 short days, you can break your addiction to carbs, lose weight, and feel more energetic than ever before. Our 28-Day Metabolism Reset walks you through every step, cheering with you through every victory and preparing you for each day.

2. It Looks Too Hard

Another reason people are hesitant to go low-carb is that they think it will be too hard.

They worry that they won’t be able to stick with it or that they’ll miss their favorite foods. Low-carb diets seem super restrictive and not sustainable. Maybe they don’t have time to cook food all the time, or maybe they are worried that they won’t like the types of food they will be restricted to eating.

So many people hear the buzzword “low-carb” and write it off as too much work.

Take a quick peek at the Thinlicious™ recipes – lots of them are 30-minutes or less and others can be made ahead of time. Plus, they are so yummy that you’ll look forward to eating them.

Going low-carb opens your world up to so many different recipes and ways to prepare and eat food. If you are hesitant to go low-carb, try some of these recipes.

Check out these simple (and portable) low-carb recipes:

3. Afraid Weight Will Come Back

This is one of the main reasons people just stay where they are at. Why work so hard if it won’t stay off?

Maybe they have tried diets before, lost some weight, only to see it all return. Few things in life are as frustrating as feeling bigger after working so hard to be smaller.

Another reason people are hesitant to go low-carb is that they are afraid the weight will just come back.

This fear makes a lot of sense, especially if someone is doing a short-term diet. Our bodies like to find balance, and obtaining our weight loss goals can feel nearly impossible.

This is why we include a maintenance phase in the Thin Adapted System. It’s a lifestyle that goes beyond just arriving at our goal weight. Phase 3 – Maintain walks you through how to eat so that the weight says off and you stay energized!

The Thin Adapted System opens your eyes to a way of interacting with food that is easy to maintain for life. It’s flexible, delicious, and satiating. You will feel so good that you won’t want to go back.

If you cut out whole food groups, aren’t you missing out on their nutrients? This is another common misconception about low-carb diets.

Some people think that villainizing whole grains leads to missing out on essential vitamins and minerals that they could give us.

It might be shocking, but our bodies don’t need grains to thrive. The easiest way to explain this is to look at their fiber types.

Bread and grains are made up of insoluble fiber. It can actually make constipation worse and aggravate irritable bowel syndrome.

There was even a study that showed weight loss, lower blood pressure, and lower triglyceride levels when people cut these food groups out.

Our bodies do not need the nutrients that are in whole grain bread or brown rice. We can get those nutrients from other whole food sources while eating low-carb.

5. They Think It Won’t Work For Them

This is a pretty general catch-all reason, but lots of people use it. They are hesitant to go low-carb because it won’t work.

There are several reasons people might create to refuse to eat low-carb. Here are just a few of the most common reasons people think a low-carb diet won’t work for them:

This is a very real concern. Making any lifestyle change—even if you need to do it for your health—is extremely difficult without support.

The Thin Adapted System includes a built-in community of people who are all on this journey with you. From the day you begin, you’ll experience the support of the community in the private Facebook group.

Plus, we also provide you with 12 weeks of meal plans. Prioritize yourself; we will take care of what to make and the shopping list for these meals.

This is a big decision—and it will pay off in BIG ways!

Forget the negative things you have heard about low-carb diets. The Thin Adapted System™ isn’t just another low-carb diet. It’s an entirely new way of looking at food and your health.

Start with the 28-Day Metabolism Reset. It’s a four-week plan designed to introduce you to this new way of eating and help you change how your body burns fuel forever.

The best part is that the food is so delicious you won’t want to stop eating it. Ever. It’s not a short-term diet; it’s an entire revamp of your relationship with food and your self-image.

Getting healthy should taste and feel good – and it does!

Love what you see?

Check out our 28 Day Metabolism Reset program! Our easy to follow program has helped thousands of women lose weight and feel great, without feeling hungry all the time. Now is your chance to get all the tools you need to succeed (even when your life feels crazy)!

GET YOUR 28 Day Metabolism Reset NOW! 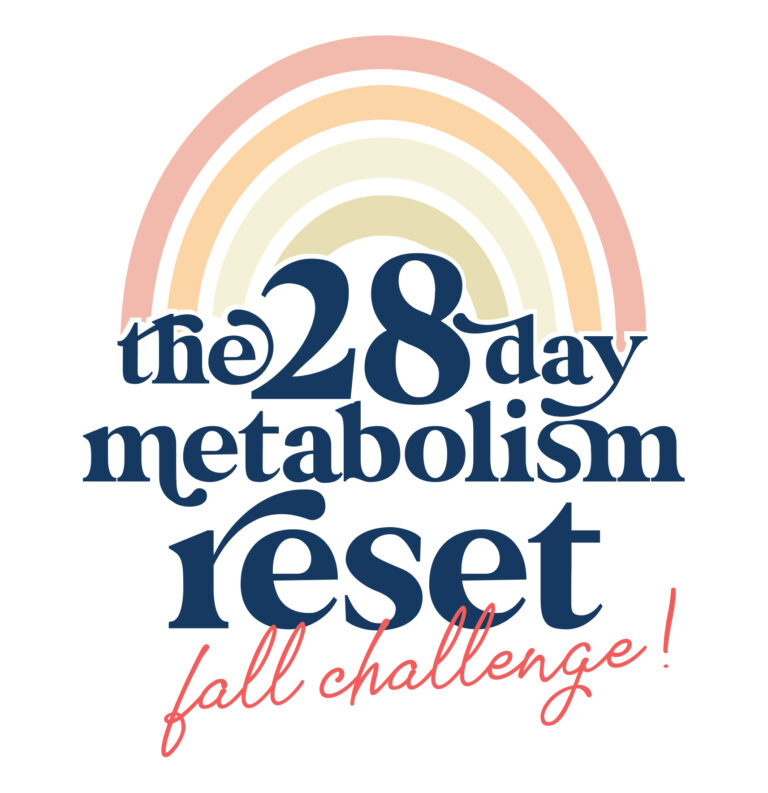 Whether it’s all the barbecues or the ice-cream or that post-pandemic cruise you FINALLY got to take this year, or maybe just the kids being… 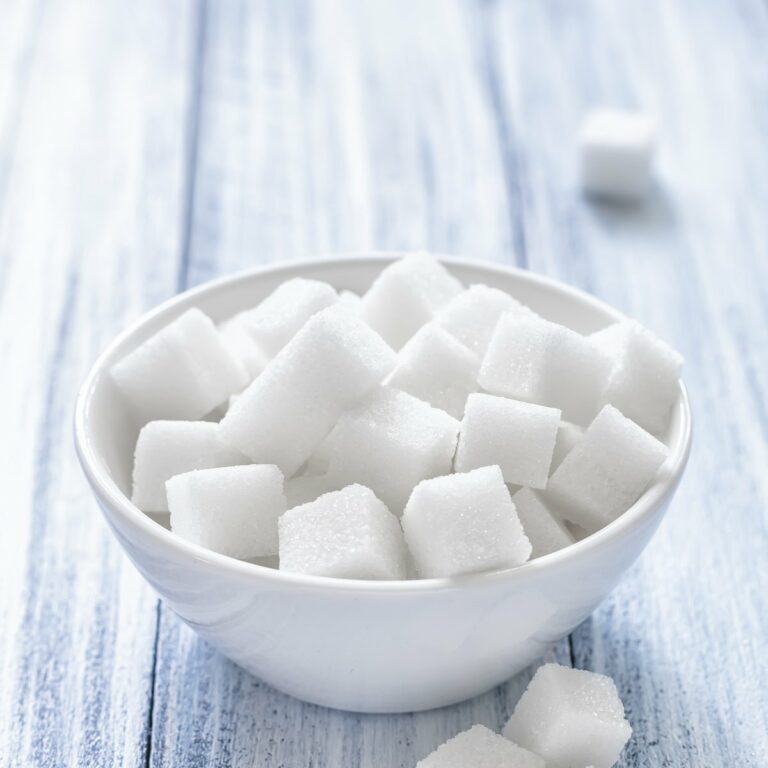 Chances are good that if you stumbled upon this website, you’re interested in improving your health, fixing your metabolism, losing weight, or all of the… 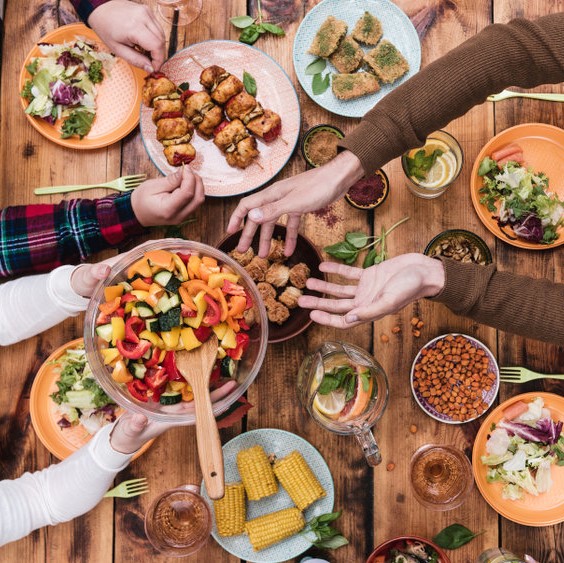 If you’re thinking of trying a low-carb or keto diet… congratulations! You’re making a great decision for your life, health, and yes, even your weight!… 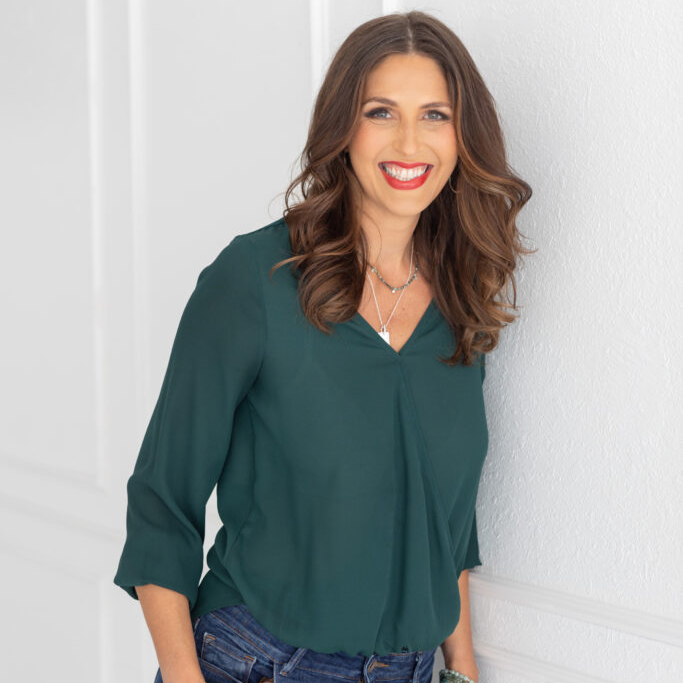 I used to dream about what it would feel like to be skinny. Like many women, I don’t think there’s been a time in my… 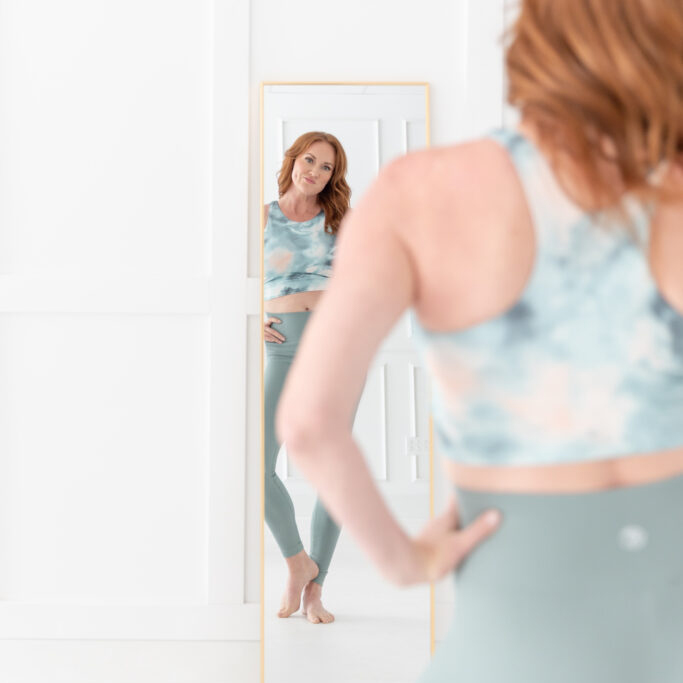 It’s hard enough to lose weight at any age, but for women, losing weight after 40 can seem downright impossible. Where it used to be… 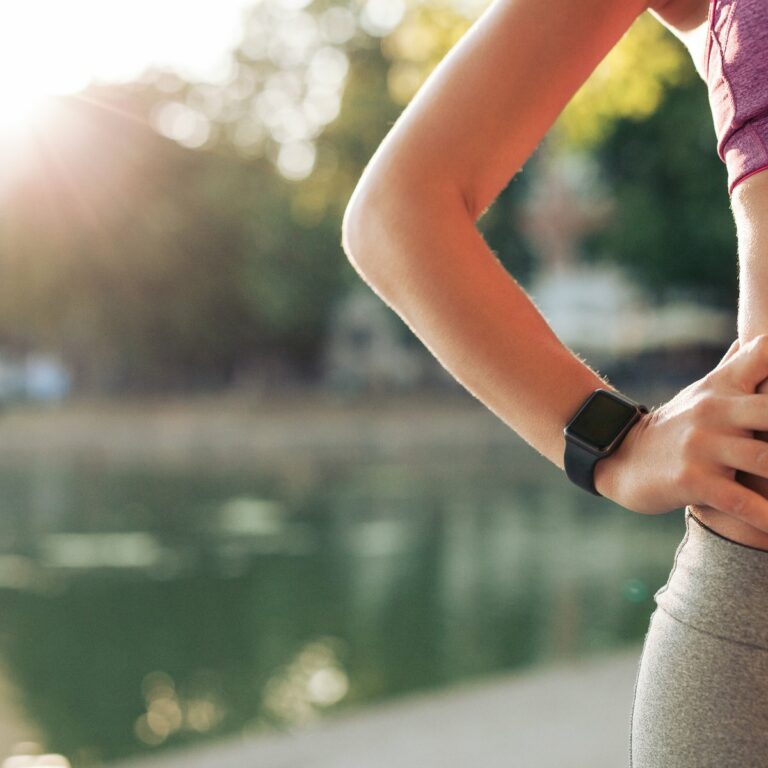 It’s been a busy month since first launching Thinlicious® last month! And in case you missed the latest news—our Thin Adapted System™ is now here… 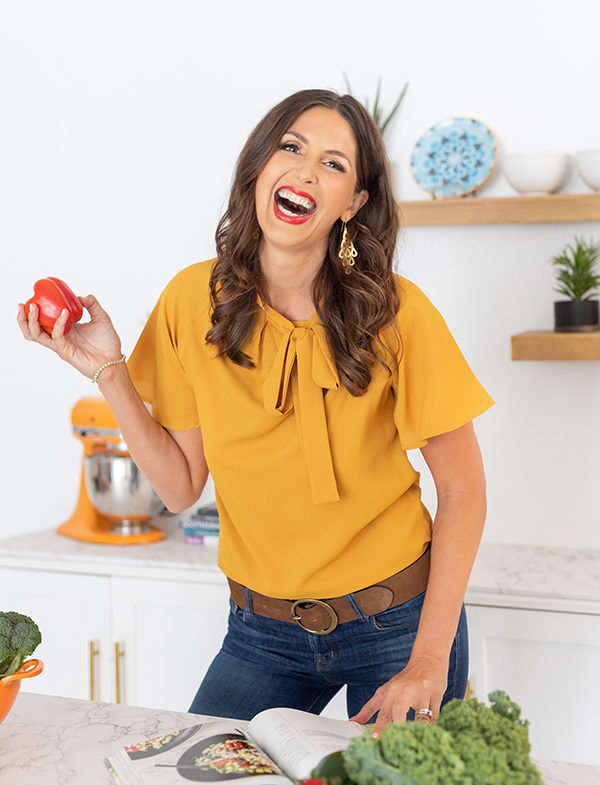